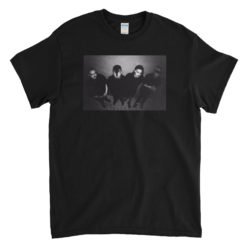 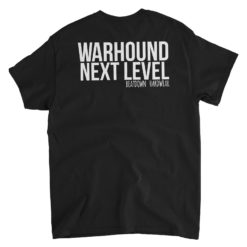 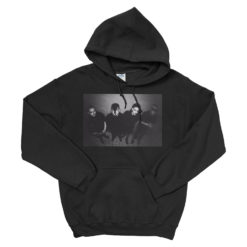 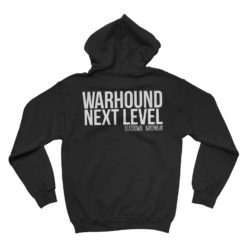 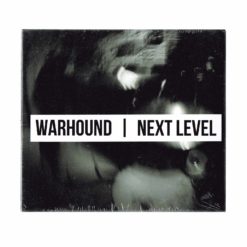 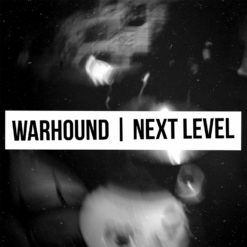 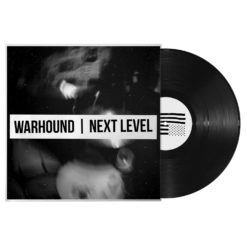 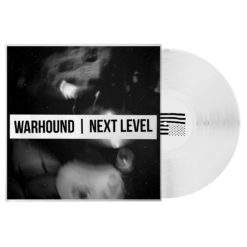 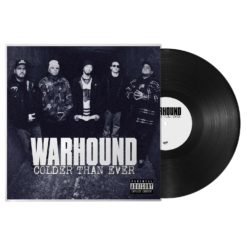 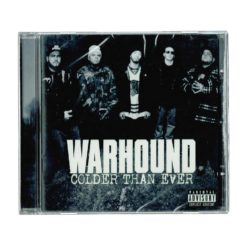 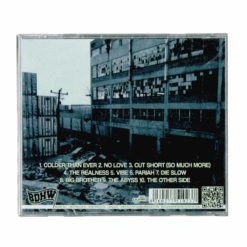 WARHOUND „colder than ever“ CD

WARHOUND released their second full length LP "Next Level" on BDHW Records in September 2014. The album features 16 tracks recorded at Bricktop Studios in Chicago, IL with Andy Nelson (Weekend Nachos/Harms Way) and also with Joe Scaletta at Word of Mouth Recordings in Elmwood Park, IL. WARHOUND wrapped up a promotional tour across 11 countries in Europe to promote "Next Level." The band describes the sound of "Next LeveL" as RAP/METAL.

WARHOUND was created in 2009. After a series of successful, underground cassette tapes (Call Of The Hounds and Return Of The Hardstyle, both released by Born Ill Productions) the band quickly gained recognition in their hometown of Chicago, IL and across the US, performing locally at the Rumble Festival and at the Sound and Fury 2011 Festival, held at the Earl Warren Showgrounds in Santa Barbara, CA, as well as an accompanying west coast tour. The "Colder Than Ever Demonstration 2011" 7 inch vinyl was released shortly thereafter by Dog Years Records. WARHOUND supported this release by touring the south, west coast and east coast of the US alongside Hardside, The Beautiful Ones and Knuckle Up, respectively.

WARHOUND began the recording of their debut LP "Colder Than Ever" in November of 2011. Originally scheduled to be released worldwide on I Scream Records, but due to a disagreement in contract, was later released in Europe by BDHW Records in March of 2013. The band hit the road again to promote the album, heading to Japan in August of 2012 and shortly after returning home, landed a support tour on the east coast of the US for NYHC legends Meruader.

WARHOUND self released a CD/Digital compilation album of all previous (Pre LP) recordings entitled "The Hardstyle: 2009 - 2012 Demonstration Collection" with an accompanying short east coast US weekend tour with Vice. The band also released its first music video for "No Love."

On January 1, 2013 WARHOUND shocked the hardcore community by debuting the music video for "Next Level Demonstration 2013." The video caused an uproar on message boards all over the world and sent the band to a whole new level of recognition within the scene. WARHOUND collectively has close to half a million views on YouTube.

Although facing mush skepticism from the scene, WARHOUND hit the road again in February of 2013 covering the south/southwest and west coast of the US. This tour proved to be the end of an era, as long time vocalist Jon Ortiz and bassist Serg Mendoza left the band immediately after the tour was finished. Instead of bringing the legacy and name of WARHOUND to an end, the last remaining original member, drummer Nico LaCorcia decided to continue on, moving former guitarist and backing vocalist Ronnie Vinal to the forefront of the band as new lead vocalist. Long time friend and former bassist Tom Harris was called back in for bass duties and fill in guitar players were called for the remaining tour dates of that year.

The debut LP "Colder Than Ever" was finally released on CD/Vinyl/Digital in March of 2013 by BDHW Records while WARHOUND were supporting Nasty, alongside CDC, A Traitor Like Judas and The Green River Burial on the "Taste of Anarchy" tour, booked by MAD Tourbooking, which extensively reached mainland Europe (Germany, Poland, Belgium, and the Netherlands). Immediately following, the band went over to the UK for a week long tour before heading back over to Spain, Belgium, France and Portugal. The band played 32 shows in a row on this run.

Only 3 days after returning home from this voyage, WARHOUND hit the road again, heading to Worcester MA for the annual New England Metal Hardcore Festival 2013. Following this successful appearance, the band headed out with Vehement Serenade to Canada and across the east coast of the US, finishing up all scheduled touring plans supporting the first LP. "The Other Side" DVD was self released on Friday the 13th of September 2013 showcasing the bands point of view from their worldly travels, alongside a new live compilation video for the song "Colder Than Ever."

In October of 2013 WARHOUND announced that guitarist Jeremy Carroll (Oceano) had joined the band and pre production for the second LP, to be released on BDHW Records in 2014, was underway.

"We have gone through so much throughout the life of this band, and the new songs show our progression. We're upset with with the system in this world, and within our scene. We feel it is time for a change."

With a new mentality of "higher consciousness" being promoted, and a sound described by the band as “Rap Metal” WARHOUND hit the road in January 2014 in support of “FREEDOM” and also in support of Lionheart on the west coast of the US. The band is also played a showcase at annual New England Metal and Hardcore Festival 2014, making this their second appearance in a row at one of North America's largest underground, extreme music festivals.

WARHOUND released their second full length LP "Next Level" on BDHW Records in September 2014. The album features 16 tracks recorded at Bricktop Studios in Chicago, IL with Andy Nelson (Weekend Nachos/Harms Way) and also with Joe Scaletta at Word of Mouth Recordings in Elmwood Park, IL. WARHOUND wrapped up a promotional tour across 11 countries in Europe to promote "Next Level." The album was written and recorded in only 2 months (except for "Abandon" - March 2013, "Anger" - November 2013, "Stress" - November 2013.) 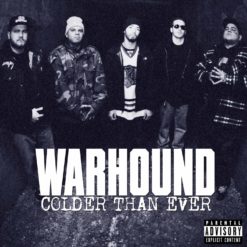 WARHOUND “colder than ever”