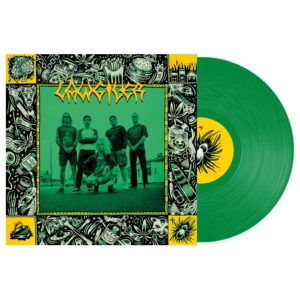 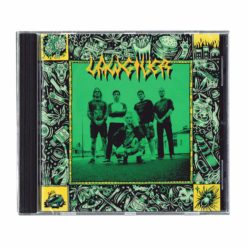 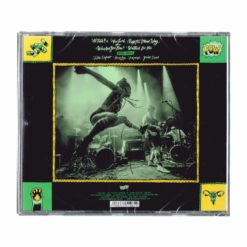 Destined to wreak havoc upon the expectations of the listener and ready to fuck with any given scene regulation, Malmö, Sweden is proud over its new misbehaving trouble-kid: LAWGIVER. Effortlessly tougher than those who spend half their band energy on trying to be tough, spontaneously combining everything and nothing into a new breed of fight-music where contradictions are allowed to work freely as driving forces instead of anxiously being polished off to create an image: LAWGIVER serves us cross-over like we never heard before. LAWGIVER swings free and wild: the metalized hardcore of MERAUDER, BIOHAZARD and LEEWAY meets the rhythmic beats of BODY COUNT and the “JUDGEMENT NIGHT” soundtrack; METALLICA’s “Black Album” fights it out with the crushing sounds that modernized metal in the 90s peaking with PANTERA and MACHINE HEAD…Despite the members’ long and impressive list of previous bands, this debut, self-titled record is dropping like a nail bomb into an unsuspecting scene. No one will be able to avoid it, everyone will have to question their notions of how hardcore and metal can sound two decades in to the 21st century. Love or hate LAWGIVER: there is no denying them. 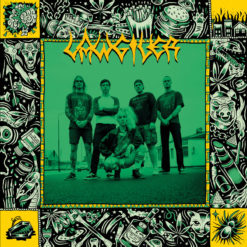