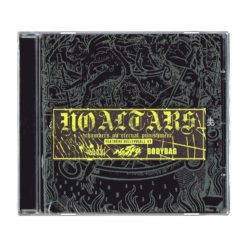 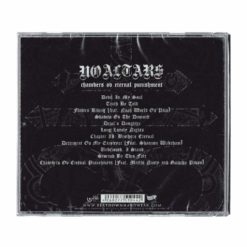 Coming live from the North side of Phoenix, AZ we have some of the heavisest death metal influenced hardcore with a beatdown accent, No Altars! Their current lineup is David (vocals), Jesse (drums), Rolo (bass), Alex (guitar), and Steven (guitar). The band formed in 2012 from the ashes of Spill My Blood with Randall and John on guitars but has recently been changed with Steven and Alex on guitars. Having released two demos and a single, No Altars is now about to release their long awaited album “Chambers Ov Eternal Punishment”. Recorded with Taylor Young at The Pit Recording Studio, the album will make your ear drums bleed from the evil that ensues. No Altars has done a West Coast tour with friends Nasty, No Zodiac, and Beg For Life. They are not stopping there, with the release of Chambers Ov Eternal Punishment; No Altars will be touching new ground vigorously in 2015. Grateful for the love and support they have received so far, No Altars knows that if it weren’t for their friends and listeners around the world, the band would cease to exist. Check out their video for Devil In My Soul and be sure to grab the album when it comes out! 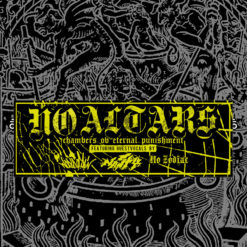