“I Am Your God” is Xile’s debut full length album. Recorded in-between a hectic touring schedule of 2018/19 at SledgeHammer Studios Brisbane with Sean Delander of Thy Art is Murder fame, Xile brings 10 new relentless songs to the warfield.
Xile’s vocal message is clear, from religious discontent to the violent state of our modern world, as shown in the album name and title track, “I am your God”. Singer and songwriter Luke Mansons vocal flow & presence has evolved into a whole new beast behind the mic since the last recordings. Furious venom spit from a bottomless pit of hatred is the only way to describe the vocal assault.
The music behind the lyrics is aggressive and relentless. There is no shortage of savage riffs here – The Kiwis’ technicality is matched with half-time simplicity. From bass breaks to beatdowns, tempo drops to tremolo riffs and palm mutes to pinch harmonics the savage flavour changes each song, keeping you thrashing from the album’s start to finish.
The death-metal background of the drumming is also evident with blasts, kicks and fills so explosive it melts the genre’s standards. 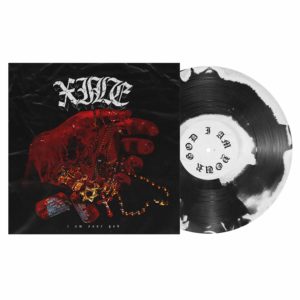 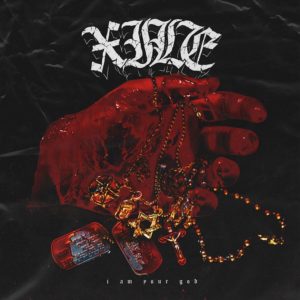